Hifiman deva pro is a headphone made by Hifiman that is a Chinese audio company that makes headphones, amplifiers, and portable audio players, among other things. Fang Bian founded the company in late 2005.

Hifiman is recognized for its audio equipment, which was previously sold under the Head-Direct brand but is now simply known as HIFIMAN.

A variant named the HE5 was one of the company’s first planar headphones. To save money on tooling, the ear cups for the HE5 were determined to be made of wood.

If you don’t want the standard “BT Wireless” requirements, such as isolation from outside noises, the Deva Pro is an excellent deal. In terms of sound, the Deva Pro beats all BT devices on the market, isolating that characteristic for itself in comparison. Furthermore, it provides a variety of methods to enjoy its sound, including USB, Bluetooth, and the power of your own amplifiers.

Overall the Hifiman Deva headphones are powerful, capable headphone that greatly outperforms their price tag. Even those who possess or have used the original Deva will be impressed by this updated edition since it refines an already good concept. It’s tough competition for others in the pricing bracket, and it’s likely to remain around for a long time. 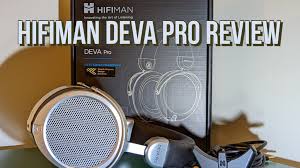 If you’re interested in personal audio, you’re probably aware that Hifiman was the first company to manufacture a high-end portable audio player, the HM-801, which served as a spark for what we now know as Reference Audio Players.

The Hifiman deva pro is a planar magnetic headphone with a particular shape of stealth magnets that allows waves to pass through without interruption.

About Deva Pro: This is a simple open-back planar magnetic headphone with a low price tag. The 3.5mm cable that comes with the headphone can be used directly. With Hifiman’s new Bluetooth module, the “Bluemini R2R,” which is included, you may turn it into a totally wireless headset.

The Bluemini R2R is a Bluetooth/USB companion module for the DEVA Pro that includes the HIMALAYA DAC. The non-oversampling design of the HIMALAYA DAC results in a high sampling rate. It has a very tiny form factor and uses very little energy.

Note: products featuring electrical plugs are designed for use in the United States. Because outlets and voltage change from country to country, you may need an adapter or converter to use this device in your destination. check compatibility before making a purchase.

It’s the silver and black color scheme, that’s a good thing because this style seems fresh and modern without going overboard. it’s an eye-catching headphone. The redesigned Deva Pro has a more professional and “colder” appearance. It’s cool, sharp, and trendy. The Pro is serious and sportscar-like in appearance, as opposed to the original Deva’s more graceful and “luxury mid-size sedan” style.

Aluminum and imitation leather mix beautifully in the headphone, giving them a luxurious feel in the hand. The connection points between the headband and the metal yokes are made of plastic, although the rest of the headphone is made of metal.

Headphones with a larger clamping force, such as the Sennheiser HD 6XX or HiFiMAN’s own HE-560, on the other hand, do not exhibit this behavior. 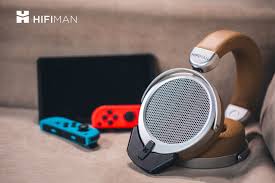 The Bluemini wireless adaptor is one of Deva’s most distinctive features. This not only gives the Hifiman Deva Pro Bluetooth capabilities but also allows it to have its own DAC.

The sound quality of any headphone is the most crucial factor, so let’s look at what the Deva Pros have to offer with their new Stealth Magnet design and Blue mini R2R.

Instrument separation is good, allowing you to discern and separate all of the different sections even in tracks with a lot of them.

Bass: Due to its improved speed, resolution, and driver control, Hifiman Deva Pro can handle pitch variations without losing it’s cool – a solid sign that the driver will be able to stay up throughout more complicated passages. The Deva Pro does not reach the same level of extension as the Arya Stealth, but it still goes down well before rolling off.

When Deva gets up for his grieving routine in his latest film, he allows for a good, thumping EDM session, the slamming of drums, and the thunder of King Kong.

Because bass isn’t perfectly linear, it doesn’t hit the lowest notes with the same force as the others. However, the Hifiman Deva Pro has a lot of basses and can be a lot of fun with the appropriate music, despite being just north of neutral in general.

Mids: The slightly emphasized bass and treble are perfectly balanced by the midrange, which adds a touch of warmth without detracting from the liveliness and clarity.

The midrange is an updated and improved version of the original DEVA. Texture, weight, speed, and the elucidating and detailing of dynamics for each instrument in the mix have been improved significantly. Another component of the Deva Pro that has been improved is the timbre and naturalness. Natural instrument lovers will exult in timbral grandeur compared to their  OG friends.

Treble: In terms of emphasis, the treble part is a little further forward than the rest, resulting in a sparklier and brighter presentation and more illumination for the instruments this time.

Treble is bright, as one would expect from HiFiMAN, but it’s not overpowering, so there’s no fatigue or roughness.

The DEVA Pros require a lot of power to sound nice, and the Bluemini has enough of it.

The HiFiMAN Deva Pro comes in a standard HiFiMAN cardboard box with pre-formed foam and satin fabric. The Bluemini R2R and a USB to USB-C cable (in case you purchase the wireless version), a 3.5 mm TRS jack cable, and a manual are the only things included. The cable is squishy, but it’s the standard HiFiMAN cable that comes with the headphones.

The Bluemini R2R, like the original model, uses Bluetooth 5.0 and includes a number of codecs, including SBC, AAC, aptX, aptX HD, and LDAC; the last is particularly useful because it allows for the lossless transfer of CD-quality audio. The selection is adequate, but not extraordinary.

One thing you might despise about the Bluemini R2R is how loud the status messages are. This is particularly irritating because it is such a basic feature of the user experience.

There are no enhancements in terms of controls since the Bluemini R2R retains its basic functionality – it includes a single button for powering it on and off, as well as playing and pausing music.

HiFiMAN’s claim of 8 hours of battery life is almost right since You can obtain more or less 7 hours of playback, which isn’t much by any standard.

It takes about 3 hours to fully charge the battery. In the interim, the Bluemini R2R can be used as a USB DAC as well as a Bluetooth DAC, so you may use the headphones with a USB-C cable.

Cons: The bass might be a little louder, and a lower mid push could have benefited the overall balance.

The Deva Pro is designed to be economically priced for what’s on offer. The drivers and the Bluemini R2R account for the majority of the expense.

HIFIMAN also used excellent cushions on the earpads, which I appreciated. They’re a mix of leather and fabric, with leather outer and inner rings and fabric where they come into contact with your face. They’re lightweight and don’t trap heat, which leads us to the next phase.

HIFIMAN is a company that creates unique headphones. The round earcup featured here and the egg-shaped design of the Ananda are the only two options. Both of these styles are somewhat large and have a loose fit.

This can be both a good and a con: the cushions are really comfy for long periods of time, but they have a tendency to bounce around on your head with anything more than a light head motion. This isn’t normally a problem, but it can be if you need to bend over to pick something up. That’s not usually an issue, but because they’re designed to be worn on the go.

HiFiMAN has brought high-end technology to a more affordable headphone with the Deva Pro, and for that, the Deva Pro is a worthy experience.

While Beyerdynamic is a German microphone, headphones, wireless audio, and conference system maker. This headphone has a wide stereo picture, generates natural sound, and has a high resolution, making it perfect for use in the studio. Its high-resolution sound makes it an ideal instrument for sound mixing and mastering, and it’s a great professional tool.

If you’re not interested in what stealth magnet drivers are doing right now, the Deva Pro isn’t for you, but for those who are, this is a reasonably priced choice that will show you what’s up.

The Blumini adapter is also a nice touch, making this one of the best-sounding wireless headphones on the market. The stealth magnet’s qualities add a new quality to the sound than the Sundara’s or even the original Deva, which will make it worthwhile for those who are looking for it. 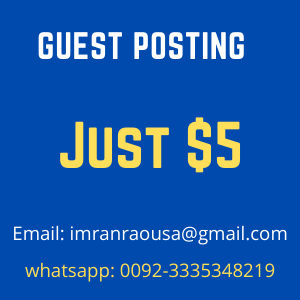